Bernardo Silva has been the best player at Manchester City since the new season started in August. A lot of football stakeholders have talked up the Portugal international as one of the best players in the Premier League at the moment. 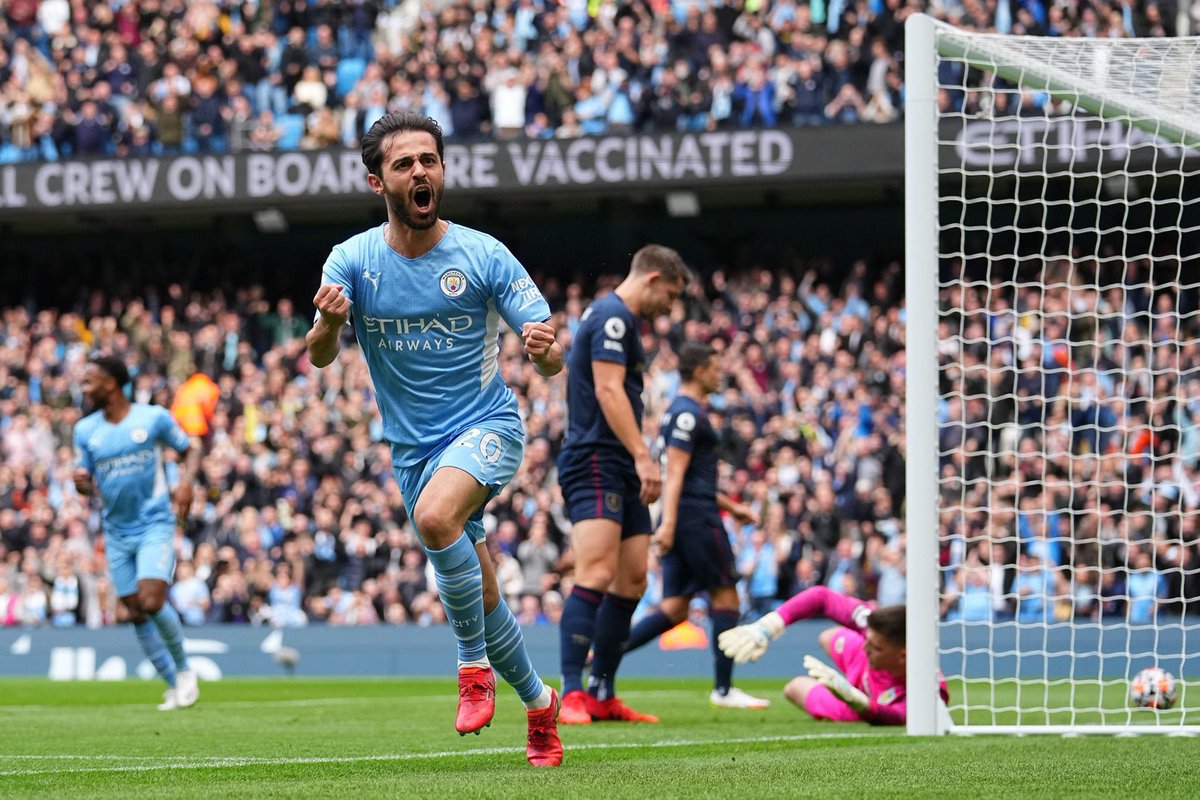 Premier League holders Manchester City were affected by the national team commitment on the part of their South American players but that didn’t stop them from beating Burnley2-0 at home. First choice goalkeeper EdersonMoraes and forward Gabriel Jesus could not make the squad for the Burnley game on Saturday as they had featured in the Brazil squad for a World Cup 2022 qualifier with Uruguay almost two days earlier. Ederson and Gabriel Jesus are likely to make the City squad for the Club Bruggematchup in the Champions League on Tuesday.
Portugal national team star Bernardo Silva was the recipient of the first Manchester City goal against Burnleyat the weekend. The goal from the Portugal international gave the Citizens a slender first half lead at the expense of the Clarets. Kevin De Bruyne is the main man at Manchester City though he has struggled with injuries at the start of this season, but he was back to his best against the Clarets as he scored the clinching goal on 70 minutes to ensure that his team stayed with the first two teams on the Premier League standings.
Manchester City had seen their deficit to Liverpool extend to four points at the top of the table by the time they took on Burnley at the Etihad Stadium after Liverpool thumped hosts Watford 5-0. The win over the Clarets ensured that the deficit moved back to one point and also moved City above Chelsea and into the top two. Later on Saturday, Chelsea beat hosts Brentford 1-0 in their West London Derby clash to replace Liverpool at the summit and send Manchester City back to where they started the weekend, third spot.