Portuguese manager Jose Mourinho has inked a new one-year extension to his Manchester United deal to keep him at the club until the summer of 2020. The ex-Chelsea boss also has an extension clause attached to his contract which could prolong his stay by a further season. 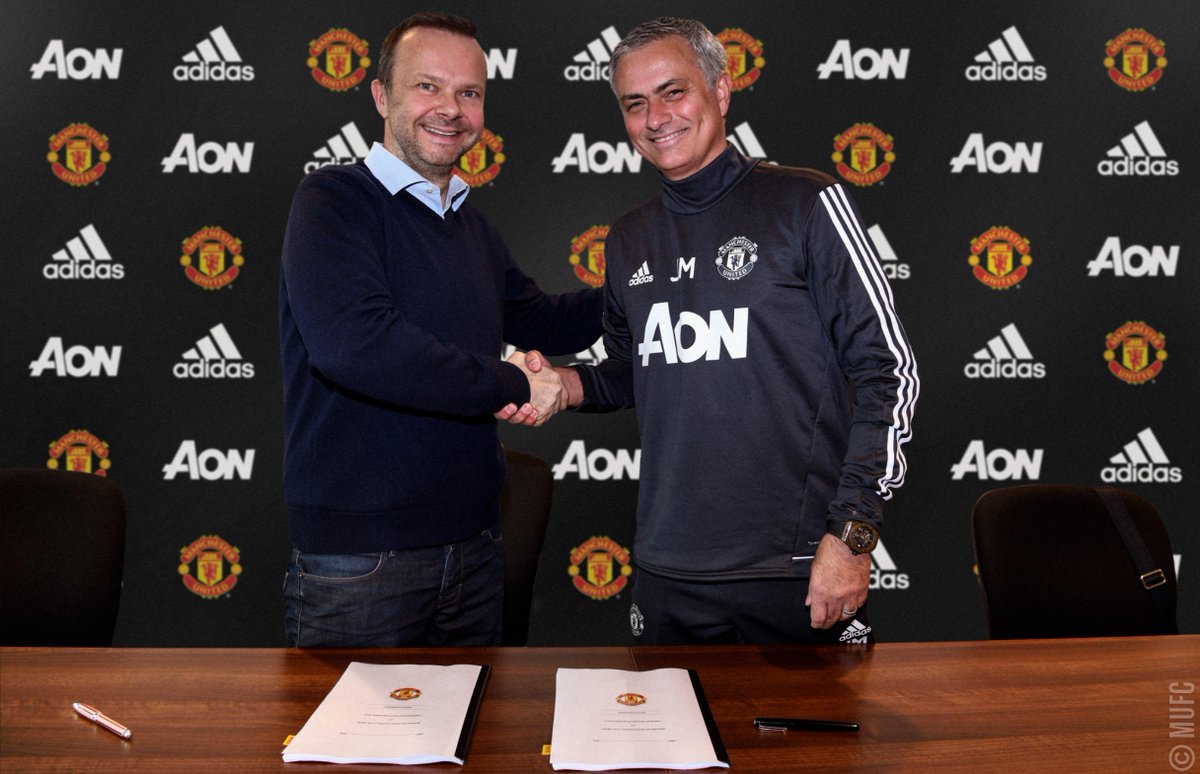 Mourinho’s future had been the subject of speculation earlier in the month with suggestions from The Sun that the Portuguese is unsettled with his position. However, the reports were quickly dismissed by Mourinho, who has since secured a major coup by recruiting Alexis Sanchez from Arsenal in a swap involving Henrikh Mkhitaryan.

United confirmed the manager’s extension on their official website, and Mourinho was clearly pleased with the decision, he said: “I am really honoured and proud to be Manchester United manager. I would like to say a big thank you to the owners and to Mr Woodward for the recognition of my hard work and dedication. We have set very high standards – winning three trophies in one season – but those are the standards I expect my teams to aim for. We are creating the conditions for a brilliant and successful future for Manchester United.”

The Mancunian giants have found themselves short of challenging for the Premier League crown with Manchester City this term, but they can still take the positives with the club in a much better position than under former coach Louis van Gaal.

United have indeed spent massive fees on signings, but most of the players brought in have made a significant impact, thus propelling the club forward in their quest to end their Premier League drought. Jose Mourinho’s side are still alive in both the FA Cup and Champions League, but the manager will fancy his chances in the former, where they have a shorter path to Wembley, where they have won in their previous six outings.