Portugal were fortunate to survive the match against Hungary, according to manager Fernando Santos. 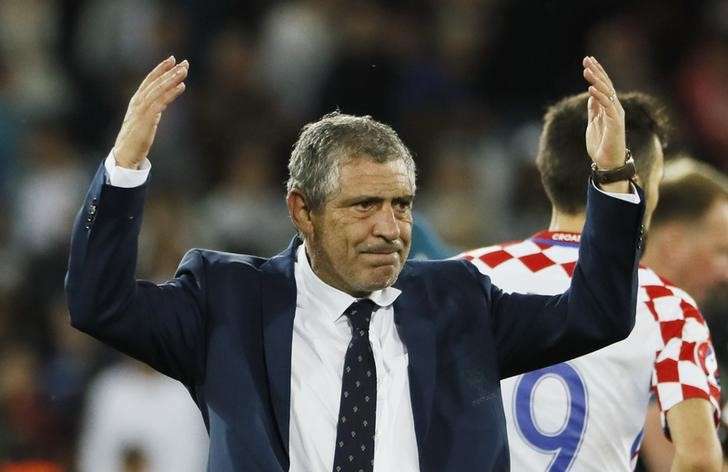 Portugal were only able to get a narrow 1-0 win against of their illustrious opponents. It was a surprising result as Portugal were expected to get a comfortable score, despite playing away at Budapest. AC Milan forward Andrei Silva came up with the only goal of the game that helped Portugal stay three points behind table leaders were Switzerland, who have been one of the best teams in the qualification campaign by a significant margin. The margin of victory could have been even higher considering that Hungary were reduced to 10 menafter TamasPriskin was sent off in the 30th minute.

Just a few days prior to the match against Hungary, Portugal were able to dispatch Faroe Islands quite comfortably with a 5-1 score. As a result, the expectation was that Portugal would be able to take advantage of the sending-off and get a victory by a far greater margin. Portugal already have the best goal difference in the division, but they have been unable to witness Switzerland coming into touching distance.

The team is one of the two in the qualification campaign from Europe to have a 100% record as they have won all eight matches so far this campaign.

Santos, though, will want his team to avoid such disappointing outcomes in the next game against Andorra. It will be followed by a crucial World Cup 2018 qualifier against Switzerland.”We were by far the best team on the pitch for the first 30 minutes.After the dismissal of [Priskin], I do not know what happened … we let ourselves get carried away by very aggressive football and then we lost the next 15 minutes.At the interval I told them not to lose their focus.We came back very well afterwards and we scored the goal and from then on we had control of the game, but it was always a dangerous situation,” said Santos.