Cristiano Ronaldo has said he is not considering retiring from International football. 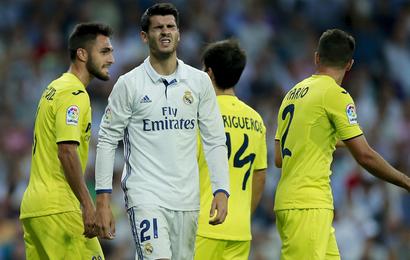 Ronaldo, who serves in the capacity of the Portuguese National team captain is also the highest scoring player and the most capped for Portugal. He was also a part of the team that won the first major trophy for Portugal in July at the Euro 2016 competition. Ronaldo spoke at an event held to commemorate his new contract at Real Madrid. He said,

“After what happened at the Euro I sent out a clear message: I think that Portugal deserved to win the title. Ever since I was 18, I’ve been playing for Portugal and since I was named captain, I’ve taken Portugal to new heights. No, I’m not contemplating early retirement from the national team.”

The real Madrid star striker holds the title of the highest goal scorer at Real Madrid with a total of 371 goals. Ronaldo and Messi are usually pitted in debates as to who is the best in the modern era.

Ronaldo also spoke of his desire to be a better player and of how happy he is at Real Madrid. He is also an exceptional favorite for the Ballon d’Or this year which could be his fourth. He however believes more in team accolades than personal ones.

“To win the European Championship and get this contract, it’s already a dream year,” Ronaldo said. “I don’t vote [for the Ballon d’Or] so I don’t get to decide, but I’m overjoyed looking back at the last year. I’m not obsessed with the award. Team awards are important.”