Portugal international Andre Gomes is set to miss out on the clash with Switzerland in the 2018 World Cup qualifiers. 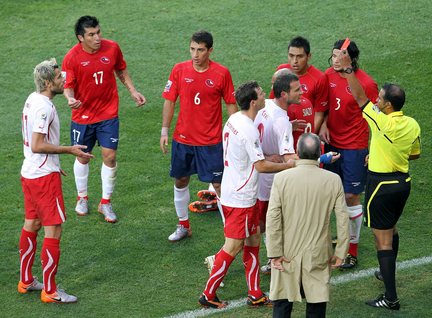 Both sides are poised to meet on Tuesday in the curtain raiser on which countries would participate in the games. Gomes would be on the sidelines with others as he has been ruled out due to leg injury. The Portuguese Football Federation (FPF) made the announcement recently.

Portugal showed their superiority when they met with Gibraltar, thrashing their opponents 5-0. The game ended well for the team, but not without Gomes hurting his right leg in the course of the action. The player, who made a switch from Valencia to Barcelona this summer, would miss the first Group B game against Basel for the La Liga champions. The 23-year old would be joining star player Cristiano Ronaldo on the sidelines as the Real Madrid forward is yet to return to full match fitness after his injury during the European Championship victory in France.

Coach Fernando Santos would have to decide on a new play in the crucial game following the injuries. Players tend to be careful as the season just started, so the plan would need to be right to favour all parties during the qualifier. Vice Captain Nani says the Euro 2016 triumph would make the World Cup qualification more difficult, unlike other times.

“We have to get off to a good start and try to impose our qualities from the outset, so that we don’t have to worry at the end,” the former Man United winger said. “Now that we’re European champions, other teams are going to be even more determined to beat us. But our objective is to try to win every game we play,” he added. Portugal will be hosted but eh Swiss in their first competitive game since the Euro 2016 triumph.